February was a lovely month and has passed quickly as we celebrated Valentine’s Day and continued to work hard on our New Year resolutions. In case you haven’t had the chance to catch up, here is what happened last month in 3D printing and the Medical Device Industry.

The Major Milestones Of 3D Printing In The Medical Industry 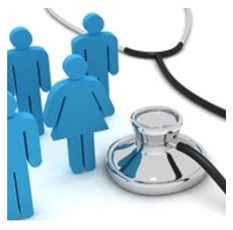 Tax on medical devices to resume after 2-year suspension

A 2.3% excise tax on medical device manufacturers has went back into effect after a two-year hiatus. Originally imposed in 2013, the medical device tax was one of several taxes and fees in the Affordable Care Act that pay for expanded health insurance under the law.

The tax was strongly opposed by the $150 billion a year industry that produces items from catheters to heart stents to artificial joints. It was also unpopular to Republicans and Democrats from states with large numbers of medical device companies. The excise tax is applied to sales not income, so it will fall harder on smaller firms and startups with promising new products that have yet to yield profits. 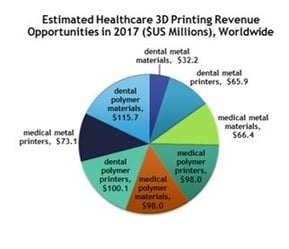 Use of 3D printing in the medical and dental industries is among the oldest known use cases for technologies like stereolithography and laser sintering. The combined medical and dental markets for 3D printing will be worth an estimated $3.0 billion by the end of this year. Healthcare 3D printing represents an attractive segment for both the short and long-term growth for several reasons.

Interested in starting a project with Kapstone Medical? Get in touch today!

Sign up for our newsletter to stay up to date with the latest updates, news and more from Kapstone Medical.